As per history Channel: Rice beer dates back to 9000 years while barley beer is only 5000 year old.

Sura is what we call Rice Beer in Sanskrit. Above is the description of various types of rice beer in ancient Indian culture. Even today, some parts of tribal culture serve undistilled rice beer as Handia

Why Rice in Beer is a Good Idea

Rice is a wonderful ingredient for beer brewing in India. Here is why:

The rice beer is called Sura in Sanskrit. As per our Vedic text, there are 5 major types of rice beer or rice wine

How can you use rice in Beer

Rice malt is not available. Also rice malting has a slight rancidity because of the presence of fatty acids below the hulls. For rice beer we need the polished rice starchy endosperm and not the outer bran, aleurone layers and germ around it. To achieve this, there are certain techniques:

As an Adjunct: Rice Malt is not readily available. So commercial beer breweries have large rice adjunct cookers. Essentially they steam the rice at 65–68°C for many hours. This causes the gelatinization of rice. This is the irreversible breakdown of long-chain starch into medium-chain polysaccharides that are easier for the enzymes to digest in the wort mashing. The natural enzymes from the 6 row barley is now used to digest these gelatinized starch and make the wort out of it.

As a Sake: Using Koji instead of yeast. China, Japan, and Korean rice wine/beer uses unmalted rice. They use the koji mold to produce the enzymes needed for the breakdown of starch.

Typical rice beers in America are straw-colored. However, you can use Black Rice from Manipur for your exciting beer experiments. It is called chak-hao in Manipur and Forbidden Rice in China. It is called Nua kalajeera in Orissa and kalo dhaner chaal in West Bengal. This black colored rice gives a deep red color to your beer.

Enzyme mashing: Since rice is devoid of natural enzymes, brewers use additional enzymes to mash the rice beer. This is prevalent in gluten-free beer where rice and sorghum are the only two permissible ingredients.

Rice Flakes Beer: Breakfast cereal mashing is gaining popularity these days. Oatmeal full-bodied stout is one of the most talked-about beer. You can similarly use torrified wheat, cracked corn, poha (rice flakes or wheat flakes). Avoid using Bengal gram flakes (chana jor garam, Spices are great but the resulting beer is very cloudy). The large surface area and even rolling make it ideal for enzymes from your barley malt to breakdown he starch from your rice flakes. However, don’t allow rice flakes to exceed 10-15% of your mash. if they become too wet or clump together it will lead to stuck mashing. Also remember to clean the pump after using rice, wheat, and unmalted cereals for your beer wort.

Rice hulls for your lautering and improving mash efficiency. A discussion about rice cannot be complete without due credit being given to its husk. In India, Craft beer is synonymous with wheat beer. Unfortunately wheat does not have a husk layer around it. To compensate for that brewers use rice hulls to aid in the lautering process. So next time you drink a wheat beer, remember that there is rice in it too.

Which Rice to use for Beer

Sura is useful in kasa (treating cough and cold), arshas (piles and constipation), grahani roga (digestion and gastric problems), and mutraghata (urination and prostate problems). It alleviates vata (pain, bloating, borborygmi, constipation, or diarrhea) and is useful in stanya (milk production during breastfeeding) and rakta kasaya (blood production and curing anemia or iron deficiency). It is brmhaka (boosts immunity) and Dipani (increases metabolism).

How to Brew Fruit Beer in India 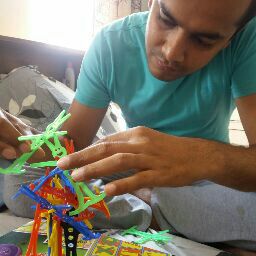