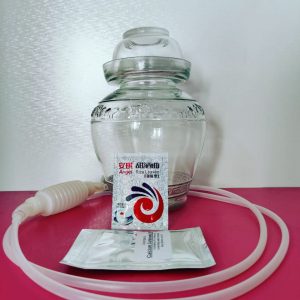 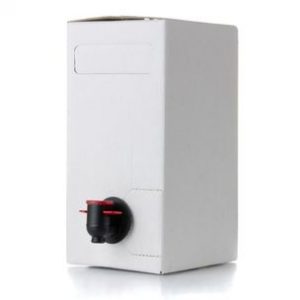 Ideal for 2.5 liters of tetra pack juice, tender coconut water, or sugarcane juice. You can also make a nice seltzer using this recipe.

This is high alcoholic wine-making. It is ideal to convert sugarcane juice, tender coconut palm juice, tetra pack fruit juice into an alcoholic beverage in 40-70 hours (2-3 days). It is meant to be consumed fresh. Refer to the FAQ for the recipe and more details of this amazing Indian Traditional Wine. There is hardly any village in India where freshly brewed Toddy made from local and seasonal ingredients is not served.

The beverage will be fizzy on its own and does not require any CO2 tank. Please refer to apple cider kits and wine kits if you are looking for a professional conventional wine/cider making process.

Will the fermentation smell Annoy my Neighbors?

Homebrew is the most ancient technology known to mankind. It was practiced by cavemen, even before writing, agriculture or religion was discovered. Hence, it is an easy and safe food transformation.

On smell, trust me, if it smells offensive then it is composting and is not edible fermentation. My fermenter sits comfortably on top of my refrigerator which is in the middle of my living room and neither my wife, kids, or my guests ever complained. On the contrary, you get a nice fruity smell similar to one from a ripe fruit orchard.

One of the easiest ways to get your toes wet in this hobby would be the hooch recipe or toddy recipe. They can be practiced with simple ingredients found in one’s kitchen and do not need any investment.

Difference between toddy, wine, and hooch

Hooch is a crude American term for any unfinished, freshly fermented wine or alcoholic beverage. It has a negative connotation because the product is often homemade with primitive fermentation techniques and hence equivalent to Desi Daru (देसी दारू) As per excise department, it is also categorized under the same category.

Toddy is the Indian term for Indian country/village wines which are not made from a traditional recipe i.e. not following a European grape wine recipe or a British/American apple cider recipe. This Indian traditional alcoholic beverage has a variety of medical, religious, psychological, and even psychedelic effects. Like the Native American Indian culture, Toddy making is acceptable (or overlooked by authorities) as part of a traditional religious and cultural practices. We tried to map a few on this map of India.

Wine, on the other hand, is a more refined sophisticated beverage that can be bottled and stored. Hooch and Toddy need to be consumed within a day or two or it will become too sour and dry for consumption. They typically take 4-8 weeks to make compared to 2-3 days for toddy. Most wines are aged for 6 months to two years before it is ready for serving while country beer/hooch/toddy is served fresh.

Some people confuse Toddy with Feni (Cashew Fruit Alcohol), Mahua (Mahua Flower/cake Alcohol) and Handia (Rice Alcohol). The sugar and starch source for all these 4 traditional Indian Beverages are different. Today fermentation techniques are made more sophisticated. As a result more and more people are consuming them in beer or wine form rather than distilled spirit. Rice Wine is also hazy white, so it is often sold as Toddy. However distilled spirits from these fruits and flowers are closer to Indian Mezcal or Tequila.

Toddy is a refreshing traditional drink from Indian Villages. It is supposed to be consumed in the afternoon along with lunch (before the siesta) or during religious ceremonies and social parties. It is unfiltered and has the signature white milky color from the suspended yeast.
It is mildly alcoholic (3-5% alcoholic) and has a lot of good probiotic microbes from the lacto-fermentation. It can be made from coconut sap, sugarcane juice, fresh flowers, and herbs. It is supposed to be consumed within 1-2 days and is always served fresh.

How do you Make Homemade Toddy?

Toddy is made from a variety of locally sourced ingredients and with a variety of styles. It is a rustic Indian traditional beverage which can be made from:

It is usually served fresh and turns sour very quickly. However, Now with the use of proper packaged yeast and refrigeration, it can be bottled for later as well.

Is Toddy Good for Health?

Apakwa rasa sīdhu (sugarcane wine made without boiling) is a digestive, laxative. It improves swara (voice) and varna (skin color). It does lekhana (weight loss) and is useful in sopha (swelling of joints/ arthritis), udararoga (Abdomen diseases, digestion, and gastric ailments), and arśas (piles or constipation).

The 9 Health Benefits of Toddy are:

That being said, Arishtam recommends moderate consumption for recreational purposes only. Drinking in excess or for intoxication will damage your liver and general health.

How to Store Toddy

Toddy is supposed to be fermented in terracotta pots and drunk fresh. Usually, in villages, they consume it within 24-48 hours of tapping the palm tree or juicing the sugarcane. If you store in a refrigerator, you can extend it to a week. However, if you want to store longer and serve in bottles or cans here is what you need:

If prepared like wine and stored properly, toddy can last for months in glass bottles.

How to rehydrate dry brewer’s yeast?

Mangrove Jack’s craft brewer’s yeast sold at arishtam.com is in the dry form. Dry yeast is easy to store, transport, and carry. The wet yeast on the other hand needs to be chilled at all times and has a shelf life of a few weeks (as compared to almost 2 years for dry yeast). As a result for a hobby brewer and even microbrewery dry yeast is much more convenient and easy to use.

Although most manufacturers recommend that you use the yeast directly, but rehydrating the yeast is always advisable for the following reasons:

If the foaming has not happened. Then wait for another 30 minutes. If not then the yeast is probably inactive and it might be best to use a backup sachet.